Spectre (Euittah) was born in a native tribe in North Dakota. Her
tribe were a group of warriors focused on liberating
workers from corporate ghettos and worker camps. Her tribe was dedicated
to fighting the machine that they felt was stealing the spirit
and life from the natural creatures of the earth.

Her father was the Chief, and even though she trained
hard when she was expected to, she was slightly
privileged and was known for slacking when she felt she
could get away with it.

She will forever regret the day she did not show up for a
run, of which her entire tribe was wiped out. She
carries her guilt with her to this day, 3 and half years
later. If only she was there, perhaps things could have
turned out different?

Now she finds herself in unfamiliar territory. Being one of
her only tribal members left. She is focused on carrying
out the legacy while also seeking the truth to what
happened. 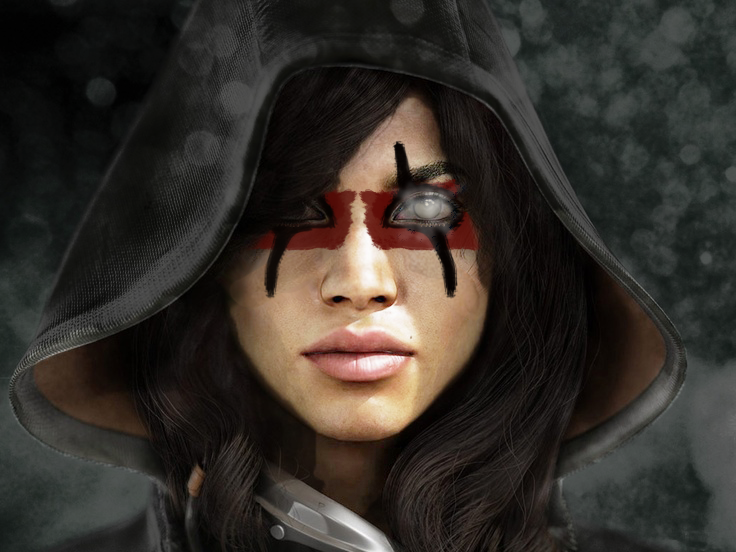