DR. David Benson Gradated M.I.T&T in the early 2050 where he held a high position at the “Astral Environment restoration Project” in the wake of the Quarantine of Chicago he was sent deep with in the quarantine Zone as the lead researcher on the clean up project. with a deep determination. Much of his time there is unknown and unaccounted for.
after his return he was said to be different. Reports from his wife speak of strange habits he seemed to pick up while gone. fellow researcher and undergads made many complains about strange behavior should as talking to spirits that no other mage could see and and consent complaints about increasing verbal abuse. Last seen leaving work in late September 2070. never arrived at his home and has not been see since. 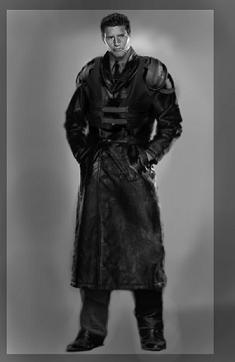